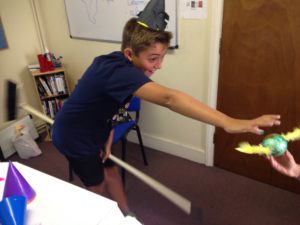 When a child is immersed into learning a new language with creative, audio visual projects, not only they develop their language skills but that increases their capacity in story telling, make believe, acting and reciting. We did an interesting project involving characters of Harry Potter films with a group of children learning English. When they came, they could only say single words at basic level, towards the end of the week after working on creating the characters (we chose 5 good and bad) the Italian children were able to form sentences. Arturo had some sentences from the start, Davide a bit shy to begin with and Diana with just very few words. They enjoyed extracts of the Harry Potter videos from youtube, they described the characters and started forming sentences towards the end of the week. It was great to see how they built their confidence in the language through playing. The afternoon was spent with British children playing and doing creative activities. The full immersion worked like a treat and the children excelled in their confidence in English. We will be doing the same type of projects for those children who wish to learn Italian in Cambridge from September onwards. 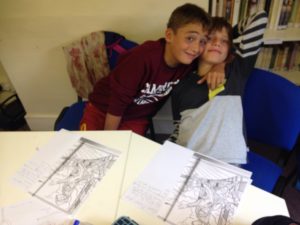 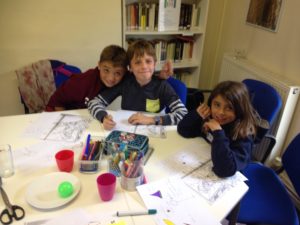 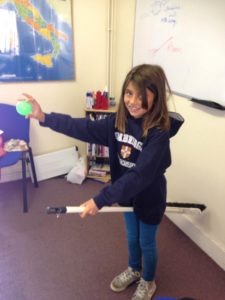 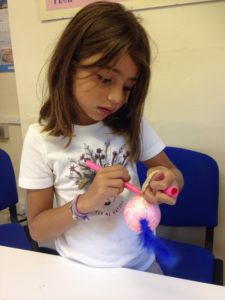 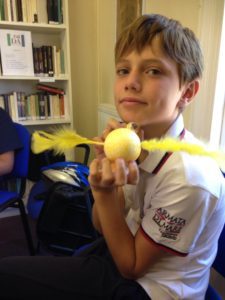 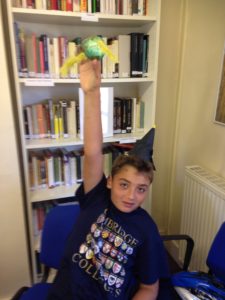 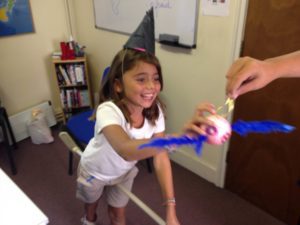 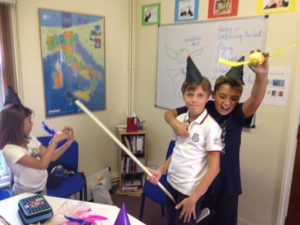